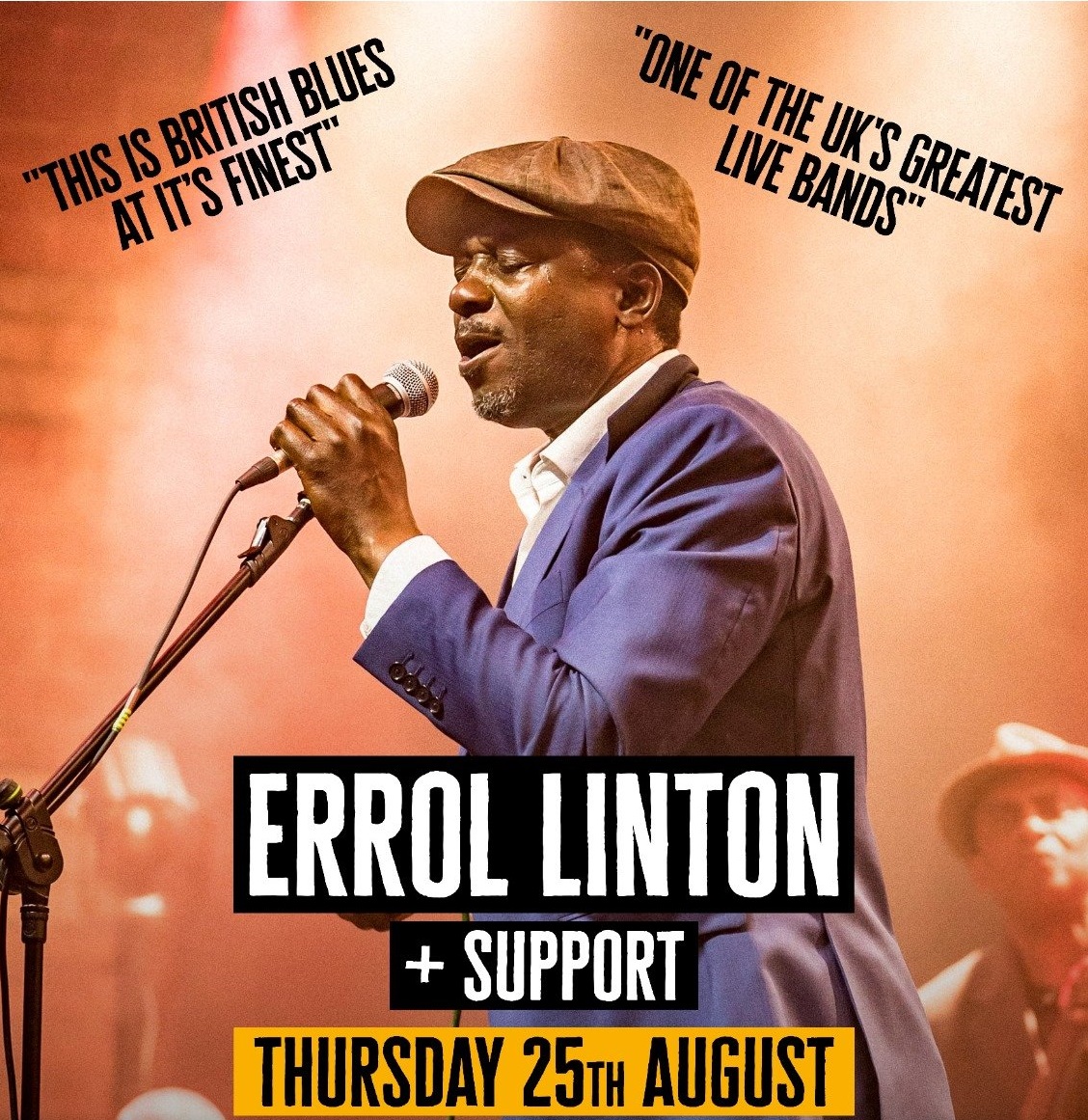 Docks Academy are proud to welcome back the sensational Errol Linton and his full live band on Thursday 25th August 2022.

Errol Linton and his band have been rated by the late Charlie Gillett as one of the UK’s greatest live bands. His outstanding 2021 gig at Docks Academy was described by many who attended as one of the best blues gigs they have ever seen. And in the words of the late John Walters “Errol is as good a Harmonica player as anyone can reasonably hope to become, he is the real Deal.” Of his music Devizine.com says “This is British Blues at its finest.” So we’re thrilled that Errol Linton is headlining again, alongside his full band.

Hard as it is to believe but Errol Linton has been playing the Brixton blues for nearly thirty years. Initially a busker on London streets and the London Underground, Errol was noticed early on by John Walters – John Peel’s celebrated producer – who filmed Errol in 1990 for a BBC documentary. But even during that era of mega-CD sales, no record label dared take a chance on the Lambeth youth who sounded like no one else.

Doors 6pm | 14+ (Under 18’s to be accompanied by an adult)
Tickets | £17.50 in advance plus booking fee
Support TBA
The audience will be standing for this show