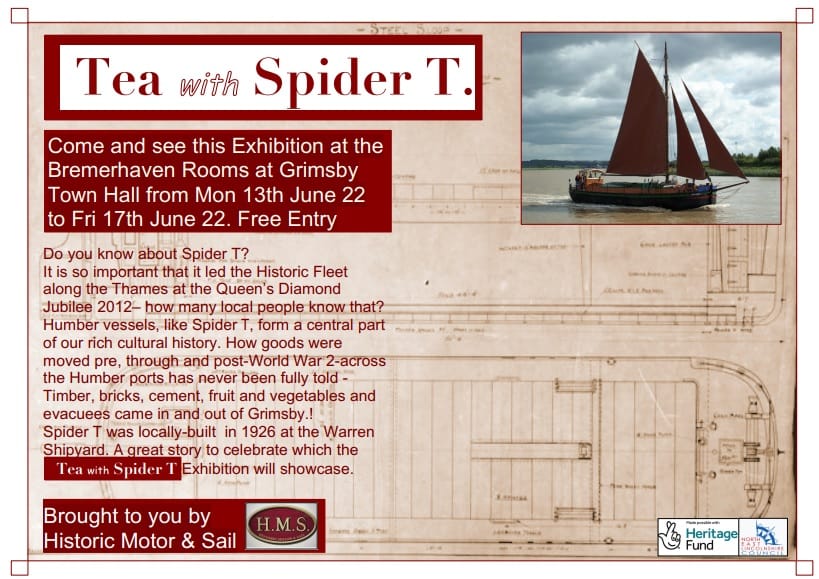 A new temporary exhibition at Grimsby Town Hall will celebrate the great story of Spider T.

This ship is an iron hull Humber sloop built locally in 1926 at the Warren Shipyard, New Holland. She was built for carrying cargo and worked as such until 1972.

Along with other Humber vessels, Spider T forms a central role of our rich cultural history, how goods were moved across the Humber ports before, during and after World War II. Did you know that timber, bricks, cement, fruit, vegetables and evacuees came in and out of Grimsby!

In 2012 Spider T led the historic fleet along the Thames at the Queen’s Diamond Jubilee in 2012.

This exhibition will take place in the Bremerhaven Room from Monday 13 June to Friday 17 June 2022.